The Office of Alumni Engagement and the Young Alumni Council have announced the 2022 Top 10 Under 10 Alumni Award recipients, who will be celebrated during an April 30 ceremony in Snow Family Grand Atrium.

These 10 accomplished alumni from the past decade have achieved professional success, continuously working to better their communities and serve as loyal alumni role models. They are: 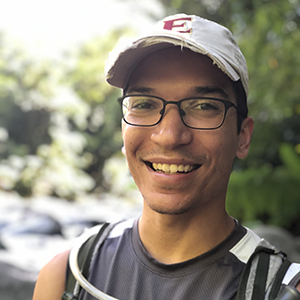 A political science major and captain of the Elon Men’s Cross Country team, Andino assisted in the development of the Elon Student Government Association’s first committee focused on promoting inclusivity and diversity. He also held leadership roles with the Presidential Student Leadership Advisory Committee and the North Carolina Student Legislature, where he argued against LGBTQIA+ and racial discrimination on and off campus. After graduating a year early in 2017, Andino attended Emory University School of Law in Atlanta. He now serves as a fellow at the Washington Lawyers’ Committee for Civil Rights and Urban Affairs in Washington, DC Over the past year, he has brought lawsuits against police departments and landlord developers alleged to have discriminated against Black and Brown residents of the district. Andino has also drafted legislation, testified before city council and hosted community events to promote the dismantling of systemic racism. 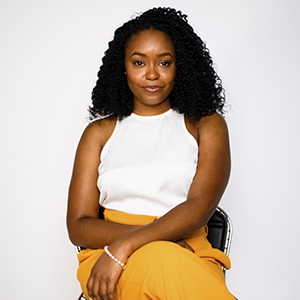 A journalism major with a minor in professional writing and rhetoric, Deavens was an active member of the Omicron Iota chapter of Delta Sigma Theta Sorority, Inc., and an Honors Fellow. She also served as an editorial intern at three professional magazines during her college career, which helped her snag post-graduate roles at Food Network Magazine and Brides Magazine. In 2018, Deavens developed a strong interest in ship and joined Venture entrepreneurs for America, a two-year fellowship matching recent graduates with startups in emerging cities. During that program, Deavens and her now-fiancé Doug Spencer ’16 started their own venture. Bold Xchange is a platform that makes it easier to discover and support Black-owned brands. The St. Louis-based company has been contracted to create gift boxes full of Black-owned brands for companies like The Home Depot, CarMax and CapitalOne.

A double major in international and global studies and political science with a triple minor in Middle East studies, peace and conflict studies, and interreligious studies, Lutz was heavily engaged with Model United Nations all four years at Elon. He studied abroad five times, all in the Middle East and North Africa (MENA) Region with an emphasis on Arabic learning. In 2020 Lutz founded Al Fusaic, an educational and cultural platform for resources related to the MENA Region. To date since its launch, he has published more than 500 articles focusing on language learning, history, politics, food, culture, a recommendations library and more, all related to the region. He also serves as director of communications and operations at Mediators Beyond Borders International in Washington, DC, maintaining the global organization’s network of mediators who support international peacebuilding efforts through effective mediation strategies. Lutz holds a master’s degree in Middle East security politics and peace studies from the University of Bradford in England and is currently a Ph.D. student in the Center for Religion, Reconciliation, and Peace at the University of Winchester in England. 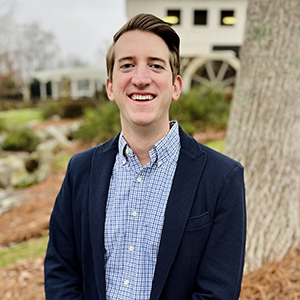 A strategic communications major with a minor in sport and event management, Powers began his career in public relations before deciding that his true calling was advertising. He joined Erwin Penland in Greenville, SC, working with Verizon, before moving to New York to join McCann NY. He spent six years at McCann, playing a key role in the business stewardship of several brands, including Verizon, the United States Postal Service, Coca-Cola, US Bank and SAS. He now works at Havas NY, serving as the global account director for JLL commercial real estate. Powers has also been active in his local community. While living in Greenville, he worked pro-bono to promote the activity of Harvest Hope Food Bank and started the Greenville Elon Alumni Chapter. While in New York, he was involved with Back on My Feet, participating in weekly volunteer runs with a local homeless shelter in Times Square. Powers now lives in Waxhaw, NC, with wife Lauren ’13 and son Liam.

Senior advisor for the chief medical officer, Office of Infectious Disease and HIV/AIDS Policy at the US Department of Health and Human Services

A double major in international studies and political science with a triple minor in African/African-American studies, criminal justice and non-violence studies, Pulliam came to Elon ready to foster change both domestically and globally. He was involved in the Student Government Association, SMART Mentoring Program and Periclean Scholars, among other organizations, and completed four study abroad programs and 10 internships. Pulliam has served as a public servant in the US federal government for nearly 13 years with a focus on foreign diplomacy, global and public health, global human rights, infectious diseases, international development and multilateral diplomacy. Currently, he is the senior advisor for the chief medical officer of the US Department of Health and Human Services (HHS) Office of Infectious Disease and HIV/AIDS Policy. He advises and provides subject matter expertise across the entire infectious disease portfolio of the office, which coordinates the Ending the HIV Epidemic: A Plan for America Initiative and the development and implementation of national strategic plans for HIV, viral hepatitis, sexually transmitted infections, vaccines and vector-borne diseases. Pulliam lives in Atlanta with his dog, Checkers.

A business management major with minors in marketing and leadership studies, Spencer was an Isabella Cannon Leadership Fellow and part of Elon Volunteers! Through his involvement with Alpha Phi Alpha Fraternity, Inc., and a student organization called Men of Character, he frequently mentored at the Burlington Boys & Girls Club and Grove Park Elementary School. After stints in marketing at Fortune 500 company Lumen Technologies and venture-backed DC startup Quantified Ventures, Spencer enrolled at Georgetown Law School. He graduated in May 2021 and became a full-time co-CEO of Bold Xchange, Inc., the company he co-founded with fellow honoree and fiancée Danielle Deavens ’16. Based in St. Louis, Bold Xchange is an e-commerce platform that makes it simple to discover and support Black-owned brands. Companies such as The Home Depot, CarMax and DocuSign have partnered with Bold Xchange to bolster their diversity, equity and inclusion initiatives. The company has been featured in outlets such as New York Magazine, Glamor and Today.com. 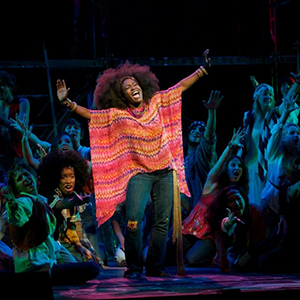 Thomas grew up engrossed in music, from seeing Broadway shows on every school break with her grandmother to attending the Governor’s School for the Arts in Norfolk, Virginia. After graduating from Elon with a BFA in music theater in 2015, Thomas went on to grace the stages of many prestigious theater houses such as The Kennedy Center, The Muny, The Princess of Wales Theater in Toronto and The Ahmanson in Los Angeles. She went on a Broadway national tour and then made her Broadway debut in 2016 as Little Eva in “Beautiful: The Carole King Musical.” She has gone on to do two more Broadway shows: “Ain’t Too Proud: The Life and Times of the Temptations” as Tammi Terrell and the revival of “Caroline or Change” as Radio 1. She has done some film and television roles , recorded a couple of cast albums (including the Grammy Award-nominated cast album for “Ain’t Too Proud”) and performed on The Tony Awards, The Macy’s Thanksgiving Day Parade and Good Morning America. She lives in New York with her dog, Romeo. 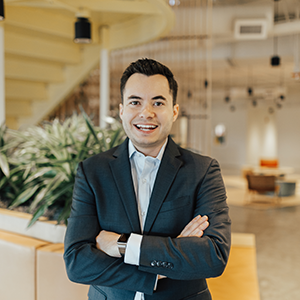 Before studying marketing at Elon, Vet founded Digi Tech Studio, a multi-national marketing firm that served more 200 clients in 25 countries, focused on supporting non-government organizations in their fundraising initiatives. He ran this firm for over 10 years, including while at Elon. Shortly after graduation, he was part of the founding executive team for Anutra Medical, a venture-backed medical device startup, before becoming a VP of marketing at Netsertive, a digital marketing company. In 2018 Vet founded Boon, a gig-economy and marketplace platform that equipped entrepreneurs to rapidly build and deploy full-featured marketplaces. He also co-founded The Oak House at Elon with Phil Smith in 2014 and opened a Durham location in 2019. Today, Vet spends most of his time as a consultant and adviser to many startups including Peoplelogic, DentalHQ, Vint and eWedded, and an investor in several other startups. Vet is also the author of “Cracking the Millennial Code,” an adjunct instructor at the School of Professional Studies at William Peace University and a member of the Forbes Business Council. He lives in Durham, NC, with wife Jessica ’14 and son Braeden.

A cinema and television arts major and Communications Fellow, Watkins was involved in the Cinelon film club and WSOE radio station at Elon. She also participated in the Elon in Los Angeles program and traveled to Hong Kong with the Imagining the Internet research group. She currently works as a communications specialist at PlayStation, where she has won two company awards and contributed to several PlayStation game titles including “Days Gone,” “Knack II,” “Uncharted: The Lost Legacy,” “MLB The Show,” “ Death Stranding” and “The Last of Us Part II.” Watkins has written, directed and produced several short films and music videos that have screened at more than 15 festivals and won accolades including Best Music Video at the DC Black Film Festival and Toronto Short Film Festival, and the Platinum Award at Mindfield Film Festival LA. She runs an online writers’ summit, which she created with friends and colleagues during the COVID-19 shutdown, and has led more than 20 virtual summits with industry professionals from the United States, Canada and Germany. She lives in San Diego. 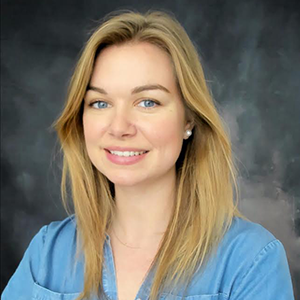 Presidential Management Fellow at the National Institutes of Health

A double major in public health and international studies, Zendt conducted undergraduate research on HIV as part of the Elon College Fellows program. After graduation, she began her career at the Centers for Disease Control and Prevention as a community health worker in rural Kentucky. When the Zika epidemic began in 2016, she volunteered to join a CDC team deploying to Puerto Rico to respond to the outbreak. She continued working on several CDC emergency response teams while pursuing a master’s degree in epidemiology at Georgia State University. During that time, Zendt also spent a semester with the nonprofit organization Partners in Health at their location in Chiapas, Mexico, working alongside Mexican doctors to build a healthcare system for the rural poor. She is currently a Presidential Management Fellow at the National Institutes of Health in Atlanta, where she has served on several interagency teams working to collect, analyze and report domestic and global COVID-19 data directly to the White House’s COVID-19 Task Force. She is detailed to the US Agency for International Development, working on global COVID-19 vaccine distribution.